Tar (Kor. 타르) is an Another who is part of the Salamanders and is about to be promoted to the rank of Highly-Dangerous Another. He is Jacra's disciple as well as Han Yu Hwa's rival.

Tar has blue hair with white streaks, tied in a pony tail with an ornate yellow hair pin. His outfit consists of a black jacket, white shirt, gray trousers and wears black boots.

He is very quick to anger and tends to let his emotion get the better of him in a fight and holds pride in himself he tends to look down on people like he did to Han Yu Hwa.

Tar appears with Jacra in the Hon headquarters to capture the Hon princess according to their deal with Atran. When Yu-Hwa relates the Pandora's Box issue to Jacra, he decides to let them go if Yu-Hwa could defeat his apprentice, Tar. Tar considers Yu-Hwa a mere human and underestimates him while fighting. However, Yu-Hwa manages to get back up everytime Tar hits him down and even lands an attack on him. At this Tar becomes furious while Jacra reminds him that the human boy had survived his own attack and is not to be taken lightly. As Yu-Hwa manages to keep up with his attacks and survive, Jacra decides to consider him a winner. This further irritates Tar and he reluctantly draws back from finishing the fight.

On their way to retreating, Tar senses the presence of someone and attacks in that direction. It reveals Sa-Ryun and Jacra warns Tar not to engage in a conflict with him. When they find out that Yu-Hwa is considered to be Sa-Ryun's 'dongsaeng', Jacra comments to Tar that he should feel okay to losing to that human.

Han Yu Hwa: At first Tar looked down on Yu Hwa saying he was weak but after Han Yu Hwa displayed his skills, though he hates to admit it, he acknowledges his abilities as a human being and as a person his age who can fight evenly with him.

Jacra: Tar shares a master and student relationship with Jacra.

It is revealed that Tar's name is going to be included in the highly dangerous list soon; a hint that he is a very strong Another. Him and Han Yu Hwa were fighting evenly though it is unknown who would have won if the fight continued. He tends to let his emotions get the better of him in a fight. 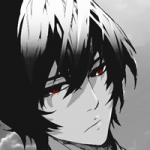 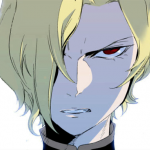 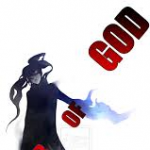