Yu-Hwa takes on Jacra's challenge in order to save Detective Park from the Salamanders.

Detective Park is kidnapped by the Salamanders and taken to their base. Yu-Hwa accompanies Un and Ye-Rin to rescue the detective. They arrive at the base and fight the Salamanders. Yu-Hwa defeats one Salamander and his fighting spirit catches Jacra's interest. He decides to let them leave if Yu-Hwa can satisfy his curiosity. Otherwise, he promises to kill Detective Park. With no other way out of it, Yu-Hwa decides to fight Jacra.

Yu-Hwa is determined to give it his best and charges in. He aims punches towards Jacra but is proven too slow as Jacra blocks those with relative ease. Jacra hits him face-on but Yu-Hwa manages to get up. After another of his failed attack, Yu-hwa again receives a direct hit from Jacra. Although everyone thinks he's done for, Yu-hwa gets up again. Jacra praises his spirit and tells his men to learn from Yu-Hwa seeing that none of them could ever get up after he has hit them. Jacra powers up his fist and drives in to hit Yu-Hwa. However, Ye-Rin interferes.

Ye-Rin stops Jacra's last attack. Jacra acknowledges that the boy has indeed satisfied his interest given that the fight made him aim a serious attack at Yu-Hwa. So, Jacra keeps his promise and lets them go.

As Park is brought to safety, Yu-Hwa is admitted in the hospital and the Hon agents learn from Su-Jin Ji that Jacra is one of the highly dangerous Anothers. It's a wonder that Yu-Hwa, despite being a human, has survived against someone like him. 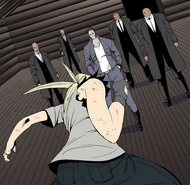 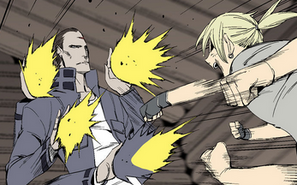 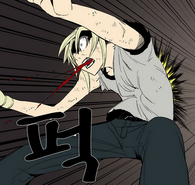 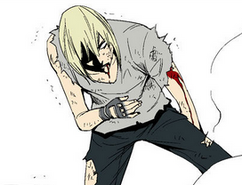 Yu staggers up after getting hit. 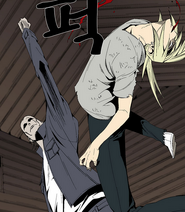 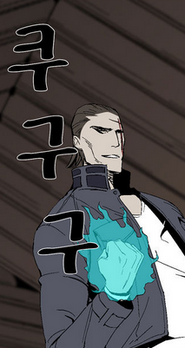 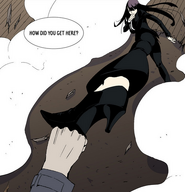 Jacra is stopped by Ye-Rin
Community content is available under CC-BY-SA unless otherwise noted.
Advertisement